A). Listen to Me—Write with Me

One month after our physical separation, two major things happened:

a) It is easier for him to speak with me when I write it all down. He feels that this way I will hear him better. He also said to me that he feels better too when I write because he can see clearly when I hear him and when I don’t.

b) He assured me that I never will be alone and that he will not allow that to happen.

I followed his suggestion. Writing down what I was hearing became a major part of our relationship and the way we communicated. Most of it got recorded. It was handwritten, and I used just simple school notebooks. Nothing fancy.

Several years later, when I became fully aware that this knowledge must be shared with others and my handwritten notes got transferred to the computerized version, it became 800+ pages of manuscript. Can you imagine that? In this website, we will be offering you just a chosen selection. Not everything.

2. The same day, I also received from my son what he called “the theory of Zero Degree of Deviation” (ZDD).

ZDD became for me (us) the most practical, clear, powerful, yet simplest information I have ever come across. It was something that I could trust and count on. (Read it in the next post.)

It kept me and my husband afloat. Alive. It changed everything. After all, it came from our son. Him—we trusted, as you will trust messages given by your child.

It became the core of our existence and a centerpiece of communication from that day forward. It was the focal point of everything. Still is!

The challenge was and still is to turn this theory into practical steps.

If you decided to follow and apply it into your life, keep in mind: It takes time and effort. It will challenge you the way you have never imagined.

Know this—given a chance, this approach, this concept and the awareness of this theoretical knowledge, has a potential to transform not only Life itself, but all of us as well. 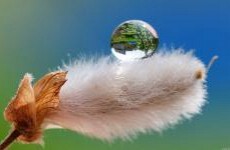