If I would be asked to give a name for this period, “Climbing Ladder of My Soul” could be the perfect name. With the devastation of our family, with our younger son now being with G-d and our older son now moving overseas, which was preplanned, I was pushed into the “empty nest” syndrome in the worst way possible. 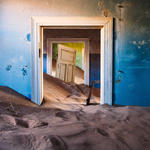 Or in one of the worst ways possible. Suddenly I had to face a silent house. I never knew that silence can be so loud. It was screaming at me in the high-pitched voice. Night and day. Day and night. All that was creating a vertigo, and I was in the middle of it.

The life I knew was destroyed, and whatever ruins remained, they too were disappearing into thin air as a dust from a sudden bomb explosion. The tornado of changes was hovering over what once was my home, my life. Everything was spinning out of control, including the economy. 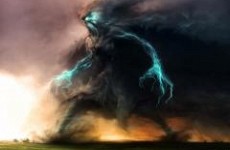 Do you remember the crash of 2008? It was crushing us too. My husband’s office was closing down, and my business partner also changed her plans without a single phone call, dropping everything—the project that we were working on, plans, etc.—in the middle!

She, who I thought was my friend and my business partner, after learning about what happened in our family, our son, never phoned me once or showed up. After knowing each other for about 10 years, she evaporated out of my life as a snowflake on a hot day in the busy Los Angeles freeway.

Unfortunately (or fortunately), she was not the only one. I felt as if I was in the middle of a “spring cleaning,” when and where every corner gets vacuumed and all closets are open for reorganization. And whatever does not serve us is taken out.

That is where my struggle of finding my place in this now new-emerging world started. Not only financially and/or professionally, but everything else too . . . at the same time. Not only for me, but for the rest of us. For my husband and for our older son who too was starting everything anew on the other side of the globe. Alone. That was not in our plans as well. 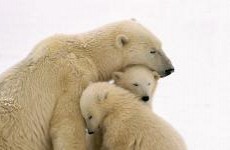 My children and I had a close, honest, and very dear relationship that is rare these days and in this culture. I was very fortunate to have those amazingly beautiful and kind souls in my life as my children.

Now the world was empty, heartless, cold, and meaningless. With a shift of our younger son, I felt that kindness left this realm. Darkness descended upon me, us. I was pushed to my limit.

I thought, I am done, I am done. I didn’t know where to go from there. In truth, all the messages that I was receiving did not really touch me. The pain was so overwhelming that almost nothing was coming through. The gravity of the physical reality was winning over the lifting power of my soul that I was able to maintain at that time.

Application of the knowledge given to me or whatever was asked of me became as difficult as bending an iron rod into a bow. I was failing in weaving it into a wreath of my psyche. Making a satin ribbon out of given knowledge was not in the horizons for me. I felt as if it was out of my reach.

Night was settling darker and darker. I could not sleep. I started to feel as if I was falling into a bottomless pit. I was falling down. On my way down, in my free fall, I felt as if I was hitting the wall and rocks, breaking every bone in my body without anyone below to catch me. I did not care. 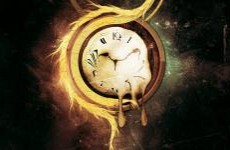 I felt nauseous from the fall. The pressure around me was changing, and I did not know how deep the hole was. Timeless free fall. How long and how deep was I falling? Who knew that this depth of darkness even existed?

Then it stopped. I landed on something. That something was a very soft cloud of energy. Something was able to catch me and to hold me. Then it, whatever that was, started to talk to me.

The energy had a male voice that sounded like that of a father or grandfather, filled with protection. It said, “Come Home, come Home, we can heal you.”

“Where is Home?” I asked, assuming that it must be Heaven or something along those lines where my son is.

“Come Home, come to Israel,” the voice responded to me.

I don’t think that I seriously considered Israel my home before. If it is my home, why am I not there? Why at least religious Jewry is not there? Question after question was popping one after another. Why this? Why that? . . . Just as heated-up popcorn.

It would take good several years and lots of soul searching before I would be able to address and answer each and every question on this subject and topic. 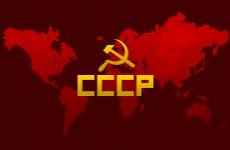 You see, the only time I experienced people saying that Israel was my home was in the former USSR, where anti-Semites were writing notes to us saying, “You Jew go Home, go to Israel.” Or just in our face. It was said with hate. With cold chilling hate.

This “new” information that was said with love and warm and care really shook me up. It woke up something inside. Being said by “not human,” not by “enemy,” it brought something new, something that is very difficult to explain. Not everything should be or can be explained.

But it felt very inviting. Accepting. That I could feel. Now I knew that there was a place where I belonged regardless of my condition and/or situation.

Someone was waiting for me. Inviting me. Wanting to help me. To care about me. To heal me. To heal us. That was clear.

Having a home, feeling at home, always was terribly important for me. Always!

Next day, my husband and I went to a bookstore and purchased several books about Israel. My husband trusted my vision. We did not really talk that much about it. We knew that we must go. What we did not know is that all these years we had a point system on our main credit card that was growing with every purchase we made.

We never used it! For almost 25 years! Now it was enough to pay not only for both of our tickets, but for hotels as well. We did not know that we had that! I had no idea that this policy could cover more than just tickets . . . so . . .

On August 18, exactly four months after our son shifted, we were sitting on the plane on our way to Israel where we spent 40 days. We called that “our pilgrimage.” Our son was a huge part of this saga. Including his suggestion when to buy tickets and for how long . . . nothing was really happening without him being involved.

Part 2 is starting with selected collections of the entries from my journals that are telling the story about our pilgrimage and what was taking place as a result of it in the following days.