If I have to give a name for this period, it would be for sure “The Winter Night of My Soul”.  Awfully cold and very long night. It started right after the unveiling of the headstone with a nasty flu that refused to be healed. 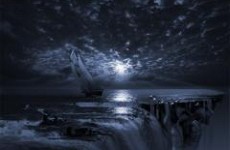 One after another, waves of flu covered me and swept me away. My immune system was diminished and got suppressed. That brought up many side effects and awakening of chronic conditions that were in remission as well. It felt as if my whole system exploded. With my allergic responses to medications, I was left without any help from a traditional medicine.

By 2010, my health totally crushed. I was becoming disabled. As I kept walking across the Desert of Death, the storm was getting stronger and stronger. With no place to hide. With nowhere to go or run away. No escape!

I also began to slip into depression. Regardless of what my son told me, I was falling to the bottom of the beast’s belly, as if being swallowed by darkness. The conversation that began to take place was focused on my son trying to establish a new connection with me and trying not to lose me.

We were growing more distant. I was not able to hear him. Thus, I was not able to follow his guidance. This was the part of the journey where I became a student who was more concerned about grades than the essence of education.

I became a student focused more on whether or not the teacher was right than acquiring skills and knowledge. The minute I shifted from learning lessons and answering calls of life to a personal agenda, I started to lose connection with my son.

My mentality became fear-based, such as the fear of being alone, not being able to earn a steady income, losing a home, being pushed to live on the streets, etc. The minute I started to focus on the beef that I had with G-d and Divine Providence, the farther I walked away from Zero Degree of Deviation.

What really caused my depression was my inability to accept the will of Divine Providence. I really had a difficult time comprehending that this was all planned for me. Inside, I felt that my children and I deserved better. That all this is wrong! A mistake! With that thought, I was pushed to come face-to-face with Fate. 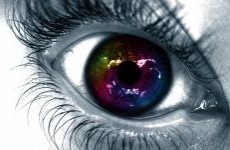 My process became all about looking at the eyes of Fate every minute of the day. At times I felt as if I was in a spiritual boot camp. It became a lone journey.

I accepted that I was in pain and was becoming a pile of dust. I often wondered if I had the stomach for not flinching. (“Facing your fate without flinching is the highest achievement that has been granted to man.”—Viktor E. Frankl)

As I was pushed into the darkness, everyone whom I ever loved and/or helped and now was residing in another realm visited me and reminded me of what I did for them. It was amazing how everyone, I mean EVERYONE whom I ever helped . . . even those of whom I was not aware and/or remember that I helped them . . . everyone was visiting me and offering their help.

At that time, I realized that whatever act of kindness we did in our lives would come back to save us. Those I helped became like an army of
souls coming to my aid. I began to look at my life from a different perspective. 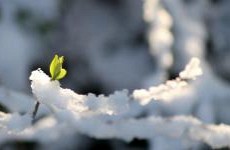 Only by 2011 did the grip of winter’s arm start to ease up. I was starting to slowly work on this project, without knowing what it will become at the end.